The scheme of the power unit and safety systems of the Project NPP-2006 are notable for enhanced safety features and technical and economic indicators and fully complies with international norms and IAEA recommendations. 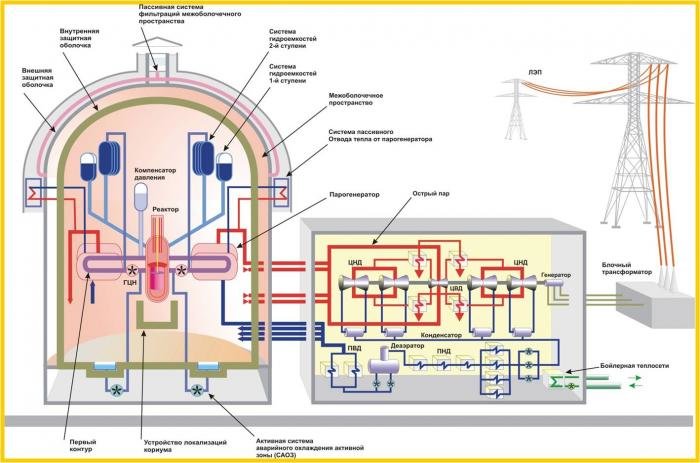 The high degree of safety of the Belarusian nuclear power plant is provided by many factors. The main of them are the principle of self-protection of the reactor system, the presence of several safety barriers and multiple overlapping of safety channels. It should be noted also the use of active (ie, requiring human intervention and the availability of energy sources) and passive (not requiring the intervention of an operator and an energy source) safety systems. 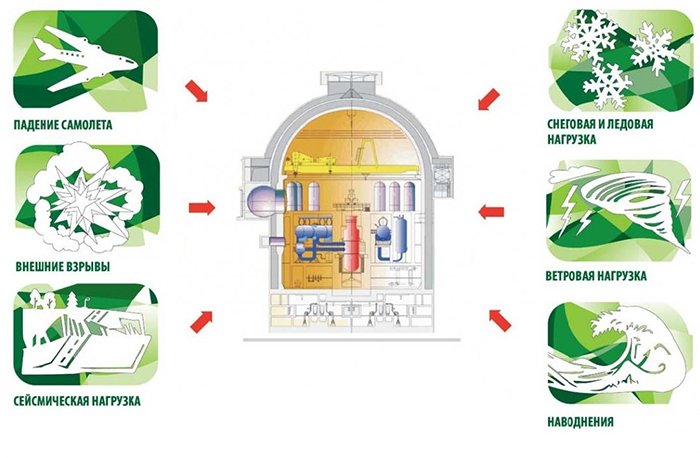 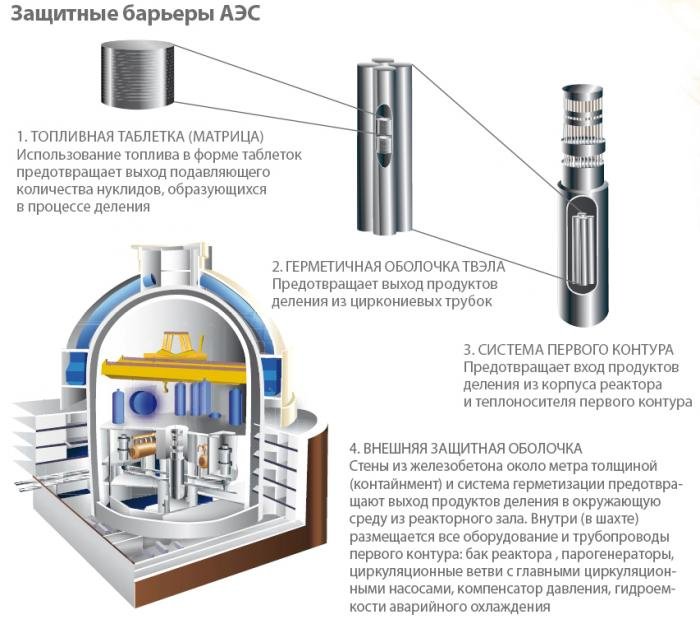 If something happens in the reactor hall, all the radioactivity will remain inside the shell. Containment stands the internal pressure of 5 kg/cm2 and an external impact from the shock wave, creating pressure of 30 kPa, and the incident plane weighing 20 tons. That is, assuming that all the water supplied into the reactor turns into steam and, like in a giant kettle, will press on the cover from within, the cover will withstand this tremendous pressure also. Thus, the dome of the power unit is as if in constant readiness to stand in the breach from within. For this purpose, the cover is made of "prestressed concrete": metal wires, strung inside the concrete cover, make the structure stronger, increasing its stability. The volume of the containment is quite high – 75.000 cubic meters; the risk accumulation of hydrogen therein in explosive concentrations is considerably smaller than on NPP "Fukushima-1". In case of a crash, to reduce the vapor pressure inside the containment, a "sprinkler system" is mounted, which sprays a solution of boron and other substances from under the dome unit that prevent the expansion of radioactivity. At the same place  hydrogen recombiners are installed, which do not allow this gas to accumulate and exclude the possibility of an explosion. 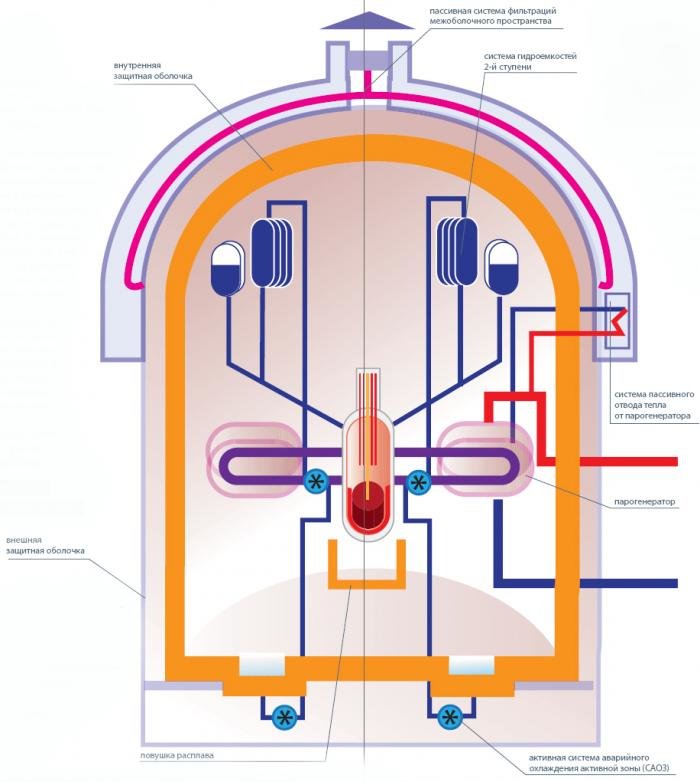 Newspaper «Ostroveckaja pravda»
© 2010-2017 State enterprise «Belarusian NPP». All rights reserved. At any use of materials of the web-site, the active reference is obligatory on www.belaes.by.
The web-site operates error-checking system. If you find a mistake, highlight it and press Ctrl + Enter.